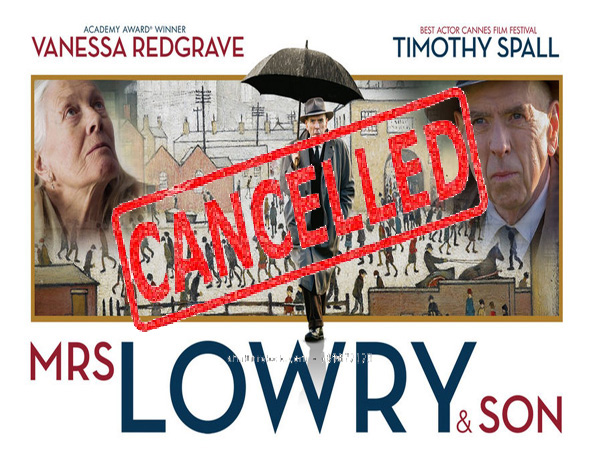 This is the beautiful,delicate, intimate and amusing story of the brittle but vital relationshipbetween L. S. Lowry, one of the greatest artists of the 20th century, and his bedridden, unhappy and controlling mother.
Engrossing and entertaining, Mrs Lowry & Son offers up averitable masterclass in acting, with Vanessa Redgrave and Timothy Spallspellbinding as a mother and son separated by art and ambition.

How the rural cinema was set up

We saw how popular rural cinema was in other communities set about gauging interes there in Hickling. We decided to put on a trial screening  in September2011 at the Methodist Hall. With support from Creative Arts East and their Village Screen scheme, we found some willing volunteers, undertook some projectionist training, hired the equipment, sold the tickets and put on our inaugural presentation: The King’s Speech.

The evening was a great success and resulted in a grant from the Norfolk Community Foundation (Love Norfolk) to fund our own equipment in Hickling Barn. We then received another grant from the Victory Housing Fund, which together with some fantastic fund raising by the Greyhound Pub and the Pleasure Boat Inn, meant we had close to £8,000 to cover the cost of the equipment.

The cinema equipment in the Barn includes a 4m x 3m, electrically operated screen,a multi media projector with an ultra long lens, front and rear speakers and a hearing loop. Our first film in the Barn was the first public event there - a pre Christmas screening of the family comedy Mr Popper's Penguins in December2011. It attracted an audience of more than 100 people.

The green credentials of rural cinema are well known. However, by cutting down on trips to cinemas in Norwich you will save not just on petrol, but on the cost of carparks, over priced tickets and refreshments.  Why spend a long time getting into Norwich when great, recently released movies are available on your doorstep for a fraction of the cost?

Generally speaking, films are available to us around 10-12 weeks after cinema release but prior to DVD release. We show a real mix of films to ensure that everyone is catered for, and we ask for preferences for future screenings after each show. We have a regular 7pm for 7.30pm slot on the third Friday of each month,with some daytime screenings if there is enough interest. We also run achildren’s cinema during school holidays.

If you fancy doing something different to celebrate a birthday or special occasion,why not consider having your own private screening of the film of your choice(subject to distributor requirements). There is seating for up to 150 people! And if you would like to help run the cinema, or would like further information, please contact Karen Baker 01692 598447